Reading a history of R. Kelly’s alleged sexual abuse and actions towards women is frankly sickening. Simply put, unless we only believe R. Kelly’s own claims of innocence , the number of women who have come forward about him creates a body of evidence that feels undeniable to me. That being said, I think that his story shows how the Internet works to amplify unheard voices, while still refusing to kick a former superstar entirely out of the spotlight. I see the turning point of the more recent accusations of R. Kelly being the BuzzfeedNews article about his “cult” of women, as told through the eyes of former close friends of Kelly, as well as the parents of young women who feel as if their kids have been stolen by Kelly. Looking at Buzzfeed as the source of this, Buzzfeed isn’t a traditional news site, as it was only formed in 2011, and has always been primarily digital in nature. This means greater accessibility for its articles, as anyone can read them without paying for a subscription. Their 2017 article on his “cult” was a start to looking at the musician as an abuser first, and a talent second. It highlights the experiences of the victims, instead of acting like they are footnotes to Kelly’s fame and supposed talent.


In our current culture of finding news through both social media and more traditional newspapers/news websites, we have a unique opportunity to create accountability when the press fails us. In Kelly’s case, I’m talking about sources like the New York Times, whose music critic Kelefa Sanneh wrote articles during the years before his trial in the 2000s about how much of a visionary and talent Kelly was in the pop industry. This likely helped shape public perception about R. Kelly during a time when he was close to being held accountable for the videotape of seemingly Kelly having sex with a fourteen year old child. In times before Twitter or Instagram, the voices of critics and writers were the main voices people heard in widespread ways about celebrities. When they highlight an abuser’s musical achievements, they fail the public and they fail to honor the victims, and in Kelly’s case, fail to protect the future victims.

From what I’ve read, one of the most haunting accounts about the perception of R. Kelly in the 2000’s-2010’s comes from the parents of a Florida singer who thought her career would benefit from mentorship from Kelly. This story is recounted in DeRogatis's article in BuzzfeedNews.

Theresa said she initially let her daughter spend time with Kelly because it was “supposed to be a music relationship.” She now regrets that decision. “My thing was I trusted. I have never been in the music industry before, ever,” Theresa said. “He is a lyrical genius — he is R. Kelly! And the fact is he went to court, he was never found guilty — he was acquitted — and we were led to believe there was no truth in it. Now I got all of these people asking about why my daughter is there, telling me, ‘All of that, the charges against Kelly, was true.’ Well, how come you didn’t tell me that before?”

A member of Kelly’s entourage gave the Florida singer his number when she saw him at one of his shows as a 17-year-old high schooler, and she started living with him when she was only 18. Her parents allowed Kelly to contact her because they didn’t believe the accusations against him from the past were true. I think this not only demonstrates the media’s failing to show the gravity of the charges against Kelly in the past, but also our perception to believe celebrities over non-famous victims.


I think that the documentary “Surviving R. Kelly” and the media sensation surrounding it helped cement people’s perception of R. Kelly as a disgraced star, and I think this view of him is furthered by the fact that he is currently in jail, although with all his money disposable to legal defense, there is no guarantee that justice will be served. I think the role of the Internet here is not to erase R. Kelly, but to build at least enough suspicion around him so that parents and young girls can look past the flashing lights of his stardom and be wary of his past with young women and minors, and keep themselves or their daughters safe.

I think R. Kelly’s story is also an interesting tale about how someone’s musical legacy can continue despite being “cancelled” multiple times, whether it be through campaigns like #MuteRKelly or though literally not being allowed in the public eye due to the court system. For example, according to Billboard, Kelly made $200,000 in royalties during the first part of this year, and although that may have to go towards agents or the IRS, it undeniably shows that people are still playing R. Kelly’s hits. While he may not be liked by the public, he is still ingrained in collective memory, as demonstrated by his “Discovered On” playlists on Spotify, which currently include playlists such as “90s Smash Hits,” and “Old School Bangers.” Kelly’s fame is also tied to artists who are still making tunes, like Usher and T-Pain, so some of his songs featured in playlists are meant to appreciate their verses and not his, in all likelihood. However, it remains a weird dichotomy that we can collectively agree to throw around insults at R. Kelly on Twitter or in comedy skits, but also put “I Believe I Can Fly” on playlists about songs that make us feel nostalgic. 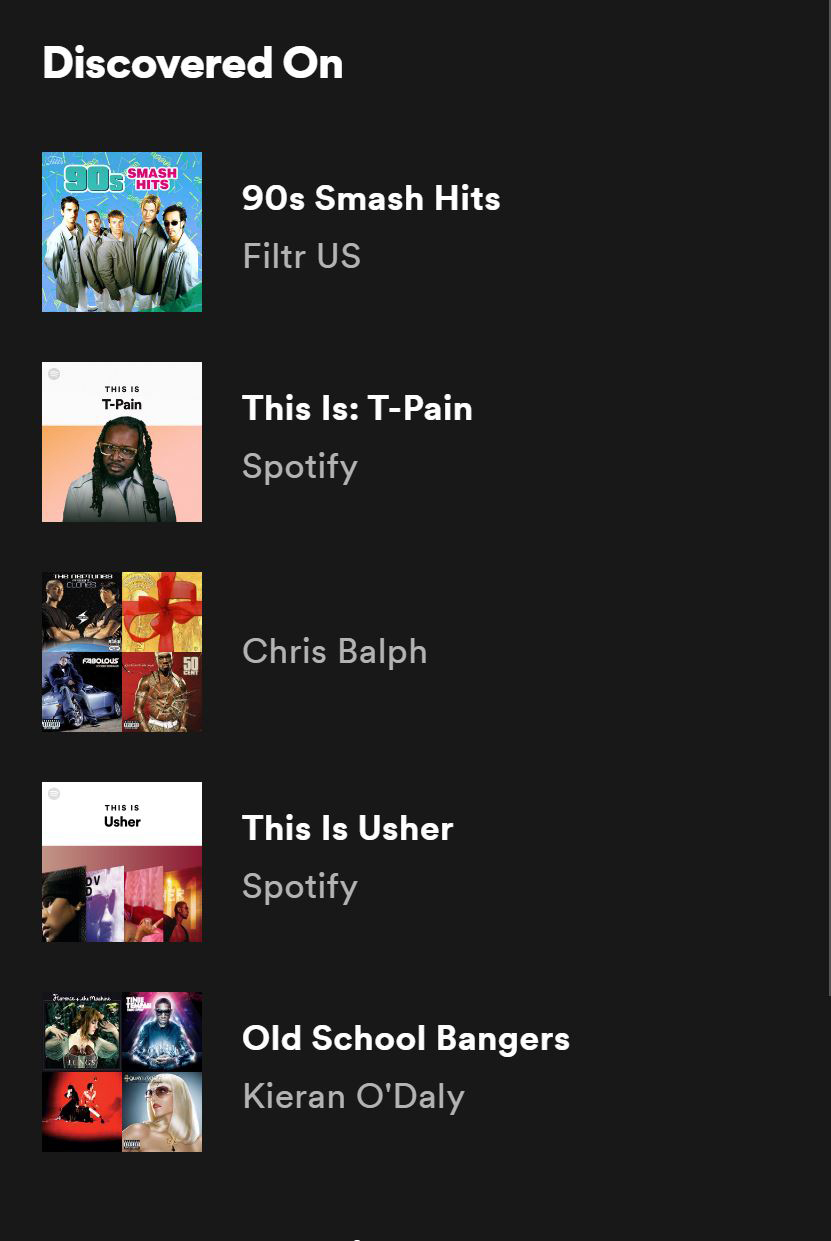 In R. Kelly’s case, I think it is up to debate whether R. Kelly’s work should remain on our playlists, or whether liking his work that he made, while likely having sex with minors and abusing women, is offensive. It begs the question of at what point, if ever, the artist can be separated from their art. I think at a minimum, the Internet’s participation, both through sources like BuzzfeedNews or places like Twitter, has created enough belief in the victims and doubt towards R. Kelly’s innocence to hopefully keep future rising female stars safe from him, by keeping their distance if he’s ever released from jail. True justice remains in the hands of the courts, but until that is served, it is up to the online public to shun and “cancel” him.