R. Kelly, “then aged 27, married 15-year-old singer Aaliyah at a secret ceremony in Chicago.” This marriage was annulled in February of the next year. 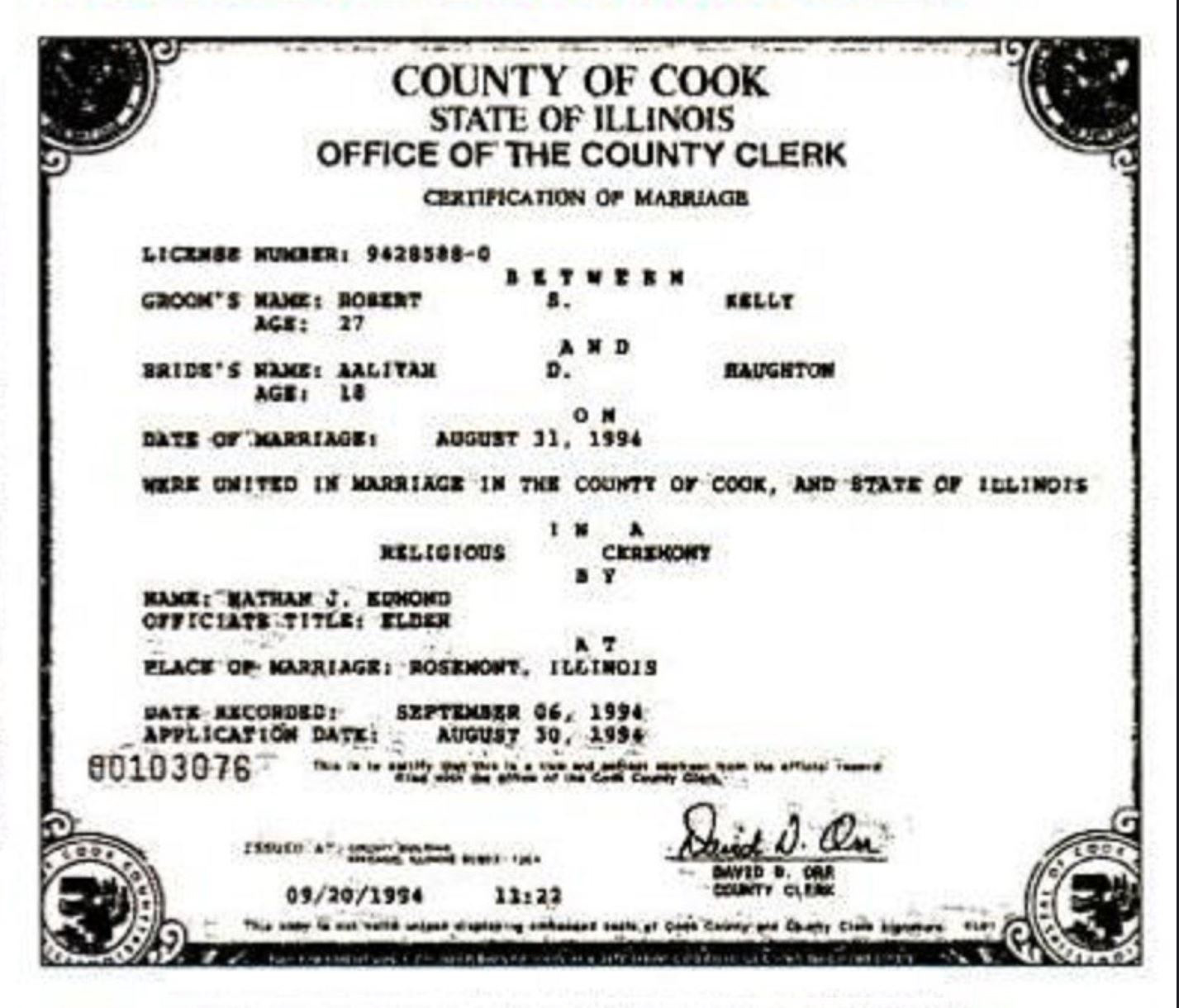 Tracy Simpson, an intern at Epic Records when she was 17, claimed in her legal case she was “treated as his personal sex object and cast aside," and that Kelly controlled “every aspect” of her life. The lawsuit was settled out of court for an undisclosed sum, and Simpson signed a non-disclosure agreement.

In the spring of 2002, Kelly is sued by two women, one who claims he impregnated her when she was underage and forced her to have an abortion, and another who said Kelly filmed them having sex without her knowledge or consent. Both of these were also settled out of court.


In June, Kelly was charged with 21 counts of making child pornography, relating to a video sent to the Chicago Sun Times, which allegedly showed Kelly engaging in sexual acts with a fourteen year old girl. Kelly pleaded not guilty in court and in interviews on TV. After 6 years, the case came to trial, and the jury found him not guilty on all counts, as they couldn't prove the girl in the videos was underage.

Kelly was also charged with additional counts of child pornography around this time, and police seized a camera that may have also shown Kelly having sex with a minor, but the charges were dropped after a judge said the police hadn’t had enough evidence to justify a search.

In July, BuzzFeed News writer Jim DeRogatis wrote about women being held against their wills in R. Kelly’s “cult”. The piece includes interviews with former members of Kelly’s inner circle, as well as with parents of young women who believed their childrens’ relationships with Kelly were going to be professional, but quickly turned sexual. These allegations date back several years and show a pattern of controlling rising female musicians.

R Kelly’s former girlfriend Kitti Jones is interviewed on a BBC Three documentary, where she talks about Kelly’s “sex dungeon” and seeing girls there she believed were underage. Lovell Jones, a close friend of Kelly, said that he was tasked by Kelly to find girls "that looked young" at after-show parties. He also directly calls Kelly a predator, and recognized that girls weren't likely to say no to him because of his fame and status.


#MuteRKelly campaign launches, tries to convince Kelly's label, RCA, to cut ties with him. They also ask streaming services and ticket sellers to not promote him. Spotify, Pandora, and Apple Music agree to take his songs off their playlists.

In May, Faith Rodgers filed a lawsuit against Kelly, for physical, mental, and verbal abuse she endured during their one-year relationship. She also claimed he intentionally gave her an STD.

In January, the Lifetime documentary series “Surviving R. Kelly” looks back at many accusations throughout Kelly’s career, and sparks more outrage towards the singer. Two weeks later, he’s dropped by his record company. The next month, Michael Avenatti, a celebrity lawyer, claims to have a video of Kelly having sex with a minor. Shortly after, he's charged with 10 counts of aggravated criminal sexual abuse in Chicago.

In July, Kelly is federally indicted in Illinios and Brooklyn for recruiting and moving underage girls over state lines for child pornography, among other things, and for "conspiracy to obstruct justice" by threatening witnesses or getting rid of evidence.

Currently, he is in federal custody without bail in Chicago and has recently been denied his request to be released from federal custody due to anxiety about COVID-19, as U.S. District Judge Ann Donnelly deemed him a flight risk, or a risk to his prospective witnesses’ safety. His case, if it goes to trial, will be heard this fall.